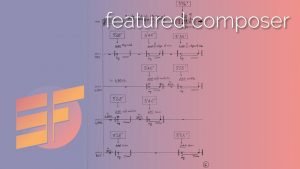 Jennifer Walshe — Physics for the Girl in the Street 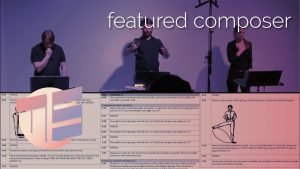 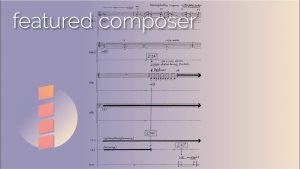 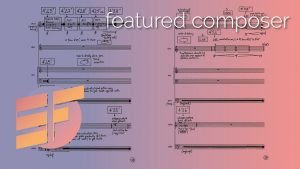 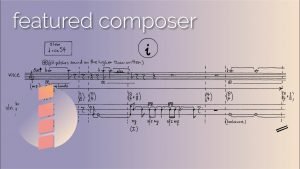 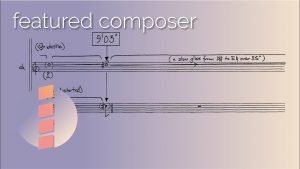 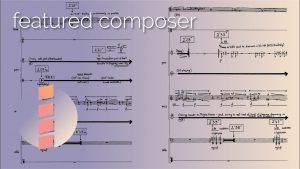 Jennifer Walshe — here we are now

Monica Hershberger: In addition to your activities as a composer, you perform frequently as a vocalist. How do you view the relationship between composition and performance? How about improvisation?

Jennifer Walshe: Composition, performance, improvisation – these are absolutely integral to one another. They’re all completely interlinked for me. In that way, I feel most like a journeyman 18th century composer who is expected to compose, perform and extemporise. They allow me to experience different perspectives of the workflow of putting a performance together, which is helpful for any project.

MH: What influence does theater have on your music? I’m thinking especially of pieces like EVERYTHING YOU OWN HAS BEEN TAKEN TO A DEPOT SOMEWHERE (2013).

JW: We go to see a concert – we see a performative act. No matter how much the concert conventions of new music may try to persuade us we shouldn’t be involving the body of the performer, no matter how often we’re told that the visual, theatrical, or physical dimensions of the performers are outside of the meaning of the piece, we have to face the fact that they are. I was recently in New York performing at the Resonant Bodies festival, on the same night as Theo Bleckmann and Davóne Tines – both exceptional performers, both acutely aware of the theatre inherent in any concert. In an interview for the festival Davone said “Whenever I walk on stage, whether I’m singing Mozart’s Requiem or singing in an opera…the first thing I always am is a black male.”

The idea that music is completely divorced from physical, theatrical or visual aspects is simply not true. A lot of things happen in our brains when we watch musicians onstage. A lot of judgments are made on a subconscious level purely about the visual aspects of what’s happening. We may decide we are “just listening” but our brains are actively processing every visual element that is onstage, whether we like it or not. I think it’s more helpful to at least acknowledge this and try to learn from it, rather than deny it.

MH: Speaking of the theatrical, you have written a number of works that you label operas, yet you have admitted that opera did not come naturally to you. How has your perspective on this genre/term evolved over the years? How have you sought to lay claim to opera in the twenty-first century?

JW: When you’re a young composer and you haven’t had the life-changing experience of listening to Robert Ashley for the first time, the idea of writing an opera feels like being forced to express something in an alien language you have no relation to. I don’t have anything against traditional operatic style, it’s just not suitable for my ends. It doesn’t make sense to me to try and talk about what life is like today using those conventions, after the emergence of Beckett, Niddy Impekoven, A Tribe Called Quest, cheap video cameras, John Waters, Trisha Baga, Angela Lansbury’s workout video, PJ Harvey, Tony Robbins, beat poetry, MTV, Skam.

I’ve done lots of operatic projects, from chamber operas for Barbie dolls to full staged productions. I’m currently working on an opera in collaboration with the philosopher Timothy Morton about time. I come back to it again and again for the same reasons I come back to theatre or dance – because it opens a window onto multiple realities all manifesting in the same space, it allows us a glimpse into other worlds, all of us there in the space together, and it’s deeply profound and magical to me.

MH: Still continuing in the vein of the theatrical, in January 2016, you wrote a manifesto entitled “The New Discipline.” You conclude this piece with the hope “that it’s not too late for us to have bodies.” This is an interesting and recurring thread not only in music composition, but also in musicology and music theory. Looking back on your manifesto now (a year and a half later), do you think we are indeed “finally willing to accept that the bodies playing the music are part of the music, that they’re present, they’re valid . . .”? Additionally, what are some of the politics of coining the term “new discipline”? Have you experienced much pushback?

JW: I never called it a manifesto – Borealis festival used that term when they posted it! At the time, I was simply trying to figure out how to make this sort of work better – both for myself as a composer, and as a teacher. I think I first came up with the term talking with David Helbich, who teaches the composer-performer workshop at Darmstadt. Anybody who has taken that course knows David and I expect our students to approach their work with rigour. This is tricky, in that they are often making work which cuts across music, performance art, installation art, theatre, dance, stand-up comedy. So they have to learn a lot of new tools and techniques which they weren’t necessarily trained in. The “discipline” in “new discipline” doesn’t refer to an artistic discipline, it refers to the discipline involved in expanding your skill set.

I’m not proposing anything radical in the text – simply that we take responsibility and work hard to make the best work possible. If you’re going to use theatrical aspects in your work, why wouldn’t you want to study the tools used in dance, in theatre, to the best of your abilities? If you decided to build a boat tomorrow, you’d need to know how to use a bandsaw safely.

MH: You have described some of your work (TRAINING IS THE OPPOSITE (2014), for example) in terms of challenging preconceptions of gender and identity. How might you position yourself and your work in terms of twenty-first-century feminism?

JW: 21st century feminism will have done it’s work properly when you ask this question of every composer regardless of gender.

MH: I’d like to clarify the question because I did not mean to suggest that you, as a female composer, should have to answer this particular question. As a musicologist who studies the convergence of nationalism and feminism in mid-twentieth-century American opera, I am particularly interested in music, gender, and feminist politics. I did not mean to offend you by asking the question, and I apologize if I did. I appreciate your response, however, and I take your point.

JW: No offense taken. It’s hard to gauge this question when it’s put to me by someone I don’t know. In new music, as I’m sure you’re aware, there is a tendency (still) for a composer who happens to be a woman to be described as writing “feminist” work. This is always done in a way which positions her work as somehow “other.”

A lot of my work deals with gender and sexuality because that’s completely integral to my sense of being a person in this world. For a long time when I was younger, it seemed like dealing with gender and sexuality wasn’t on the table as far as new music was concerned. Music may be “the universal language” but when that language is concerned with abstract forms, it often feels like there’s little space for personal expression, other than in the most generalised semiotic forms.

I did my doctorate at Northwestern University. My main teacher was Amnon Wolman. Amnon is an amazing composer and teacher and was just what was needed for a 23- year-old kid from Ireland who didn’t even know about feminist musicology. At Northwestern in my 20s, I was steeped in a contemporary music that covered a huge deal of ground – from Amnon’s music, which dealt with rough sex in public toilets, techno operas based on the Andy Warhol diaries performed in clubs and percussion works for performers in handcuffs, through to music by many of the Wandelweiser composers (Michael Pisaro was also my teacher). Amnon wrote a piece for me called “Peter and Mr Wolf” where I am in drag, as a 15-year-old gay boy. To understand that your experience and the experience of your friends can be represented in your art, to understand that that experience is worthy of representation, is very powerful. Amnon showed me that.

MH: You have expressed an interest in music and art that engages and makes people think, arguing that it is in fact okay if music and art are a bit difficult. At a time when emotion and anger often trump reason, this seems like an ever-more important aim. As a composer, what are some of the ways you go about getting the audience to engage intellectually? How would you describe the relationship between intellectual engagement and emotional engagement in your music?

JW: My favourite artists all make work which is deeply challenging, sometimes explicit, violent and extreme – I’m thinking of Eliane Radigue, Maryanne Amacher, Werner Herzog, Louise Bourgeois, Tracey Emin, Hanya Yanagihara, Maggie Nelson, Ariel Levy, Roxanne Gay. I need their work to be alive. I see my experiences reflected, I see how people deal with pain, how they survive, how they live. In terms of coupling emotional and intellectual engagement, Maggie Nelson would be one of my gold standards. You see her intellect shine through, she uses it as a tool to illuminate the personal.

Interview conducted and edited by Monica Hershberger for Score Follower