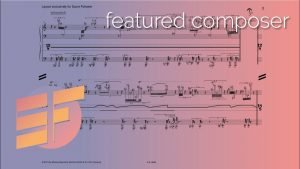 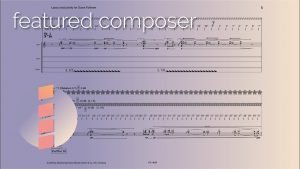 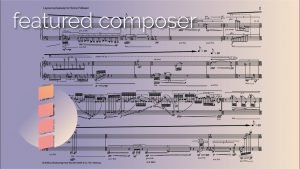 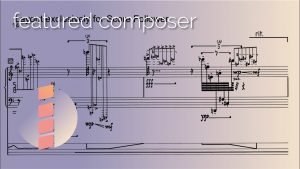 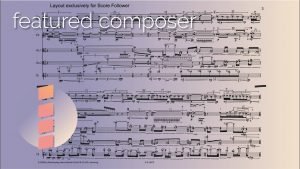 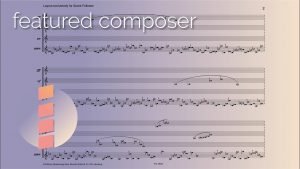 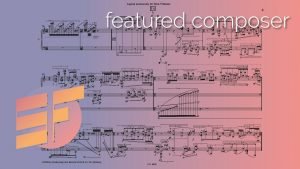 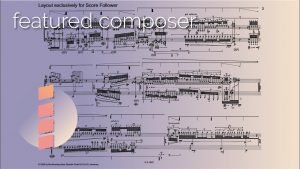 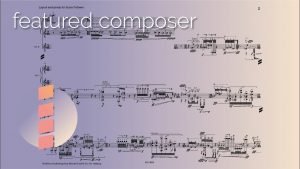 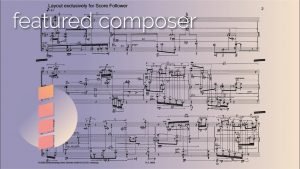 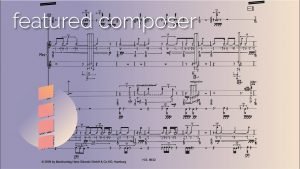 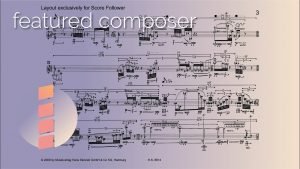 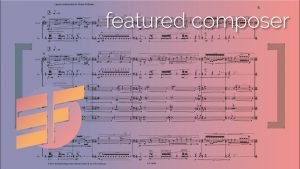 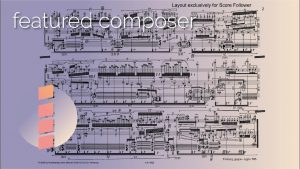 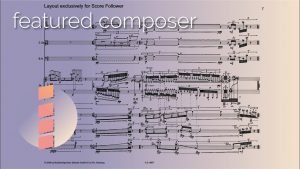 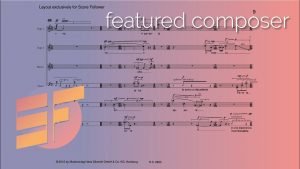 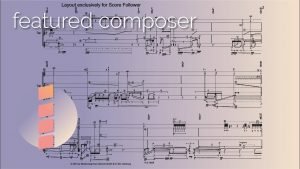 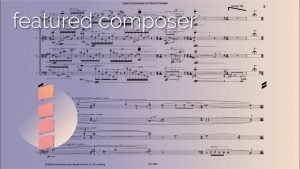 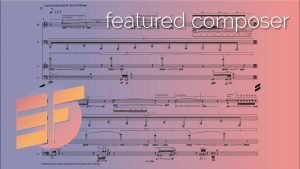 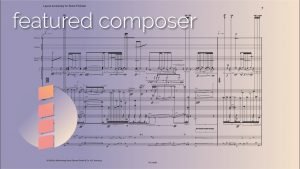 Etha Williams: In addition to your compositional activities, you’ve written numerous articles on topics in music aesthetics, music analysis, and critical theory. How do you understand the relationship between (musical) practice and theory, and how is this relationship reflected in your music?

Claus-Steffen Mahnkopf: Since my early youth I have had these two interests, and also a gift for them. But first and foremost I am a composer. I write books and articles, so to speak, on the side. Both work autonomously. This means: my music is not an application of my writings. And my writings are not comments about my music. I work, so to speak, on two parallel planes. I write because not everything I have in my mind can be expressed in music. At the same time, the theoretical work serves as clarification of many issues and problems, so that I can also compose more clearly and focused. So I hope that my music gets more determination and grounding.

EW: Adorno figures prominently in both your compositional and scholarly work. How do you see Adorno’s continued relevance today, in an era that you have characterized as “second modernity”?

CSM: Adorno is a classic of philosophy and remains especially relevant for his view of the completion of modernity as the completion of the liberation of humanity, if you want: the completion of democracy. For me Adorno is less important as a music theorist than as an intellect that permeates the world. Furthermore his thinking has persisted mercilessly and unbroken critically until today. Now that postmodernism is over, he will regain importance as a social theorist.

EW: Your music is often described under the rubric of “New Complexity.” How do you understand the concept of complexity, and has this changed over the course of your career?

CSM: Because “New Complexity” was described in the 1980s as an English path, I looked for a more general term of musical style: complexism. Here several components come together: a strong work-concept, compressed polyphony, morphological thinking, and expressivistic expression (by way of the firstly German-Austrian features in the tradition of Beethoven and the Second Viennese School). But this is today possible only as radically international. I must emphasize this. In the last thirty years, of course, my access to complexity has changed. I was looking for alternatives, internal contradictions, by cultural concepts. But essentially I remain faithful: it is my “style”.

EW: In a related vein, discussion of New Complexity has often centered around issues of notation. This seems particularly relevant in the context of things like Score Follower / Incipitsify, which allows one to follow the score while listening to the piece. How do you think about the relationship between music writing and musical sound?

CSM: As long as music is played, it must be notated. From time to time the notation can also become independent. But it is finally an écriture and an instruction for the performance. The reading of the score while listening is helpful, especially in difficult music. At the same time, one should remain aware that not everything in music can be notated, especially where percussion and voice are involved.

EW: Speaking of notation, your 2003 El sueño de la razón produce monstrous seems to represent a departure from your typical notational practices: you do not notate precise rhythmic values, but instead distribute noteheads across four dynamic levels with the instruction that they “be played as quickly as possible.” (This notational strategy reminds me a bit of the seventeenth-century semi-improvisatory genre of the unmeasured prelude.) What drew you towards writing this way?

CSM: This is a misunderstanding. The rhythm is exact. 10 same values per second. Absolutely – without agogics. The rhythms on the three top lines results therefrom. In fact, no one can play it perfectly equal. For the video, I have used a sample version. Technically artificial, but musically natural. I love it.

EW: In a couple recent works—in particular, the Hommage à Brian Ferneyhough and Finite Jest—you write in a deliberately witty or humorous manner. How do you understand the concept of humor in music? What, if anything, are its larger aesthetic or social stakes?

CSM: That is a good observation. Firstly, humor and wit in music are rare, and seldom convincing. Secondly, until recently I did not think that I ever would be able to compose something humorous. And then the idea for the piece for a tuba player came to me very spontaneously, a tubist, who is also an actor, also doing nonsense. It became my Hommage à Brian Ferneyhough I always wanted to write, but without having a concrete idea, and then this inspiration within minutes. I still do not know what Ferneyhough thinks. Perhaps because a humorous piece surprisingly existed in my biography I was able to write a second piece of this kind, also with a very spontaneous inspiration. In Finite Jest indeed the text is already comedic.

EW: What do you see as the social implications of the increasingly prevalent dissemination of new music on Youtube and other online media?

CSM: Of course, music should be played and heard live. But let’s face it: New music is widely consumed through recordings. If this is now freely available via the internet, then that is a boon to mankind, especially in the countries where this music is hardly open to the public, which is the case in most countries.

EW: In many of your writings you insist—against narratives of the “death of the subject”—on the importance of humanity and human freedom. In light of the proliferation of philosophies of post-humanism, why do you consider it important to hold fast to these concepts?

CSM: A major issue. Was the philosophy of the end of man, modernity, art etc. an assertion: that “human being”, modernity and art finally and truly are over, or was it a critique of how much man, the project of liberation and art are endangered by technical dispositives and capitalist forces. Depending on how you see this, you come to very different views. I, however, remain a humanist, expressivist, a friend of man and a defender of freedom. What would be the alternative? Do we want to turn us into computers, as in the movie “Transcendence” with Johnny Depp? So, I do not want that. I find beings with spirit, soul and body even more interesting than machines. I would even go one step further: The proponents of post-humanism (if affirmed) commit a performative self-contradiction, because they use freedom, morality and individuality every day although they claim that all this no longer exists. I have hardly seen it as a wrong path. As I said: in the affirmative, i.e. non-critical variant. My book “From the Messianic freedom” will be published soon in which I unroll the whole issue. And my music is of course not post-humanistic.

Interview conducted and edited by Etha Williams for Score Follower