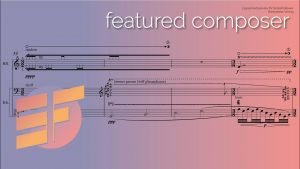 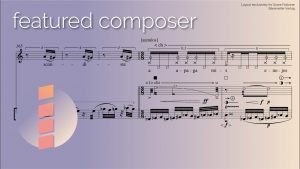 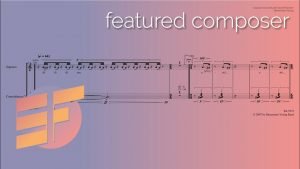 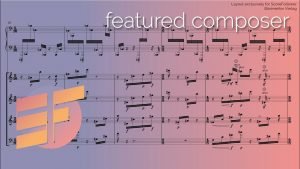 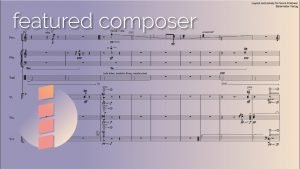 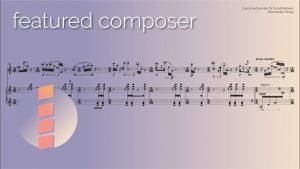 in conversation with score follower

Score Follower: Often material from your chamber pieces is revisited in your larger works. For example, Phasma, Drei Klavierstücke and Nuun in your Konzert; La Bianca notte, Canti della tenebra in La Bianca notte/Die helle Nacht; Aria in Begehren, etc. Is this a common practice for you to explore a concept in smaller pieces with a larger work in mind? Are your recent choral music or double bass works to evolve into something larger?

Beat Furrer: Not necessarily, neither in Kaleidoscopic Memoires, nor in Spazio Immergente, but what I did indeed in my chamber music and smaller works was to work on specific relations between (spoken) language and sung voice. Canti della tenebra was a first approach on the texts of poet Dino Campana. In the process of working on my opera La Bianca Notte, this approach was integrated into the opera.

In my piano concerto (Konzert für Klavier und Orchester), I again used models and ideas of movements in octaves like I already used them in Phasma or spur. However, in the piano concerto, the orchestral resonance of the piano sound is what drives the piece. Nuun is based on multiple layering of sequences of movement until they come to a standstill. It is essential that resumed musical material is to be projected into a different space, a different context.

Begehren was formed out of ideas created in instrumental music works and transferred into a dramaturgical concept for the first time; everything has already happened, everything is there from the beginning, at one moment—by changing the perspective (from foreground to background)—one objective or can been seen in a different light within the various layers of text, language, and sound.

SF: In your opera Begehren you use texts from Cesare Pavese, Günter Eich, Ovid and Vergil. The use of multiple texts seems natural to your theatre works. How does this multiplicity of texts influence the structure of your operas?

BF: The narration is put together by the listener himself in his mind, while seeking a subtle balance between the various highlighted layers—on one hand between language and sound and on the other hand between different text layers. One layer of text can give certain meaning to another layer of text. Somehow Begehren can be seen as an open form.

SF: Has working closely with the musicians of Klangforum Wien influenced you over the years? How critical are your interactions with performers to your compositional process?

BF: That I cannot say so easily, but there is an obvious feedback between my work as a composer and working together with the ensembles in rehearsals and performances.

SF: Many of your works include innovative playing techniques. Do you first imagine the sound independent of its mode of production and then seek the instrumental technique to produce it; or do your sounds occur through close experimentation with an instrument and performer?

BF: No, all imagination of sound is linked to real, physical experience of sound and by rethinking the player’s movements and actions on the instrument.

SF: In pieces such as spur, Phasma, and Aria you seem to favor an overall form which navigates from energetic, dense beginnings to isolated, poetic, and fragmented endings. The impression is that of the work’s fabric is dissolving and disintegrating, as if the form is collapsing under its own weight. Is there a compositional procedure that governs these forms? Are you drawing a metaphor?

BF: Spur, Phasma and Aria have been composed in a short period of time, followed one after the other. In Aria there is a structure, a matrix consisting of five parallel lines in different tempi repeated or read eleven times but always filtered in a different way. Out of a given structure dynamic processes become perceivable by changing the filter settings. The repetitions are not directly audible. By using this technique one can create a kind of focus on certain details of a complex sound. In a rich and multi-layered side by side of sounds (spoken, whispered, shouted, like an instrumental echo) the elements of the matrix unfold. At the end, long sustaining sounds in the singing voice remain, while the ensemble “speaks.” The course or progress of the voice can be described as a movement from spoken word to singing. A musical idea—the transformation of a sound space through a slow movement of the singer and the clarinet away from the ensemble—becomes a dramatic gesture and consequently the nucleus of Begehren.

SF: Do you ever use statistical models or algorithms in any of your works? To what degree are you guided by intuition?

BF: I can’t separate my conceptual work or ideas from my own intuitive decisions; they are linked. Also, conceptual work is based on concrete images of sound. There are often algorithmic structures but usually always quite simple ones which, by overlapping them, create complexity and a rich spectrum of variations.

BF: I can’t answer that so easily but I do hope that the outstanding and interesting composers I have met in the last years will have the opportunity to unfold themselves in a world where music is still seen as something that is important to society and not just mere entertainment.